The Juan Bautista de Anza National Historic Trail is a 1,210-mile (1,950 km) National Park Service unit in the United States National Historic Trail and National Millennium Trail programs. The trail route extends from Nogales on the U.S.-Mexico border in Arizona, through the California desert and coastal areas in Southern California and the Central Coast region to San Francisco. Here are a few details of illustrations I've done for some of the signs along the trail. 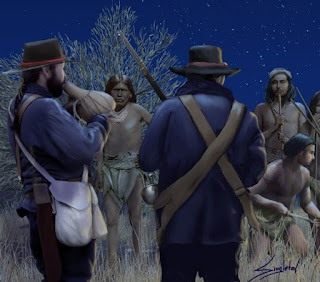 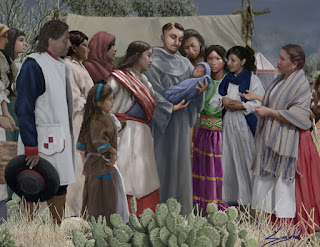 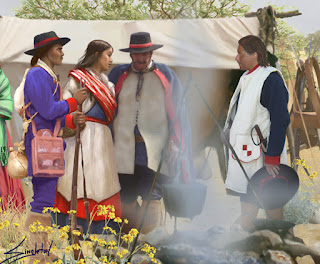 Talk around the campfire 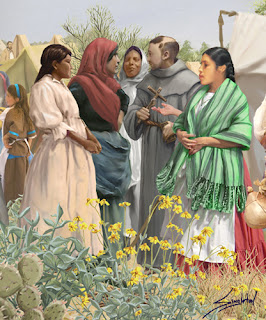 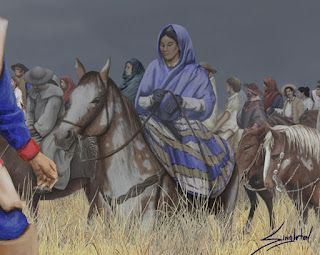 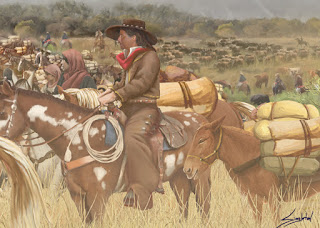 
In 1775 Anza took 3 Frairs and hundreds of soldiers and colonists with their families. They took 695 horses and mules, 385 Texas Longhorn bulls and cows with them —starting the cattle and horse industry in California. In California the cattle and horses had few enemies and plentiful grass in all but drought years and essentially grew and multiplied as feral animals – doubling roughly every two years. They started from Tubac Arizona on October 22, 1775 and arrived at San Francisco Bay on March 28, 1776. There they established the Presidio of San Francisco, followed by Mission San Francisco de Asís (Mission Dolores) – the future city of San Francisco,
My earlier post on the Anza Trail is here.
Posted by Bill Singleton at 12:33 PM

Get two months of Skillshare for free here: