I always learn a lot when I work on historic and science illustrations. I did a lot of research for this one. I talked to scientists, historians, engineers and my Tohono O'odham friends and I learned that Tucson may have the oldest irrigation canals in North America. This irrigation technology was most likely developed right here in the Santa Cruz River valley. This illustration traces the use of water here for the last 4000 years. 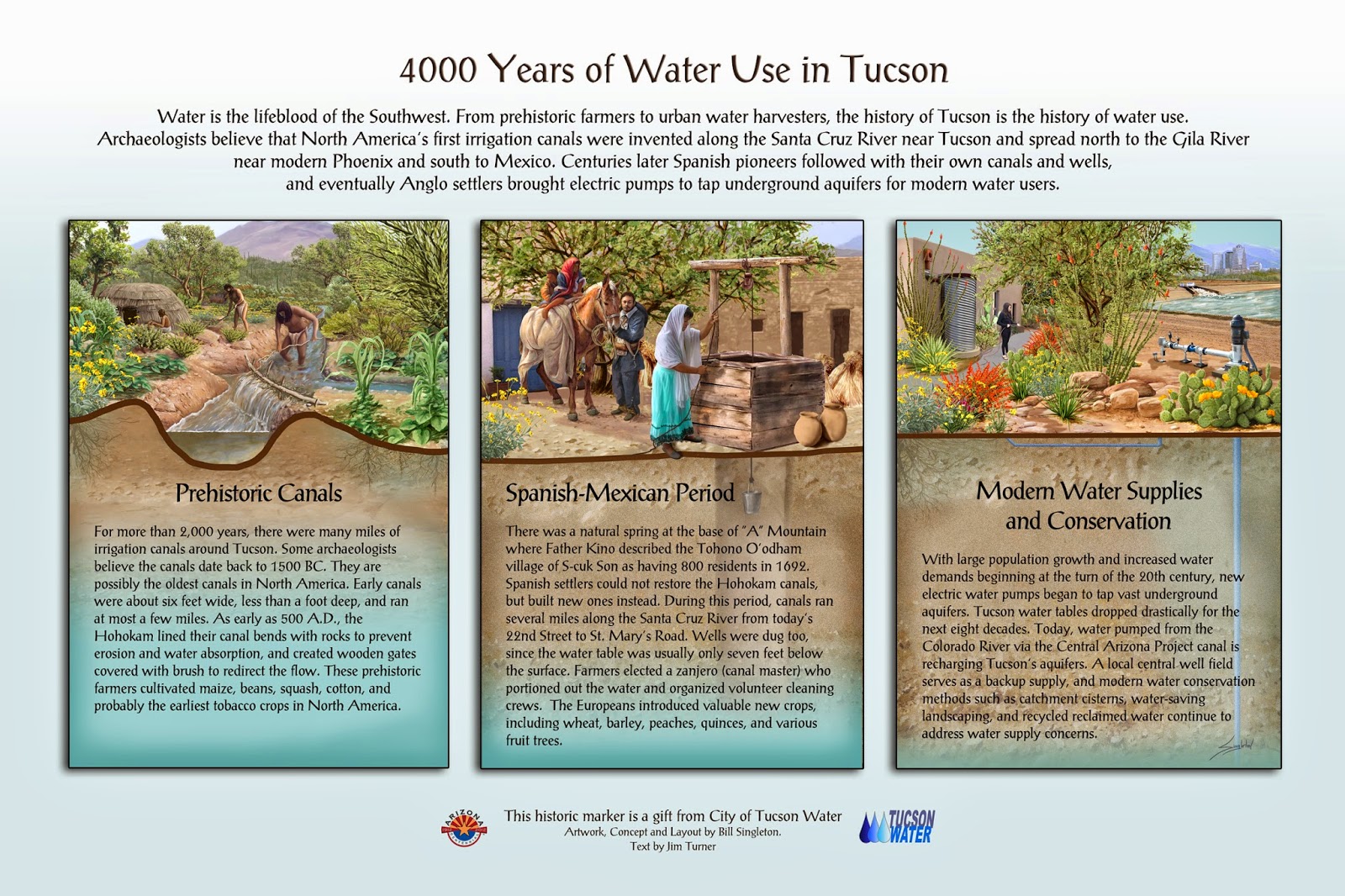 This a view inside the old Presidio of Tucson circa 1800. The Presidio was built as protection from hostile Apache raids in the late 1700s. This is the birthplace of the city of Tucson. Although the old adobe wall is gone, there is a recreation on location at the north east end of the old site. I painted a 50 foot mural there in 2007. 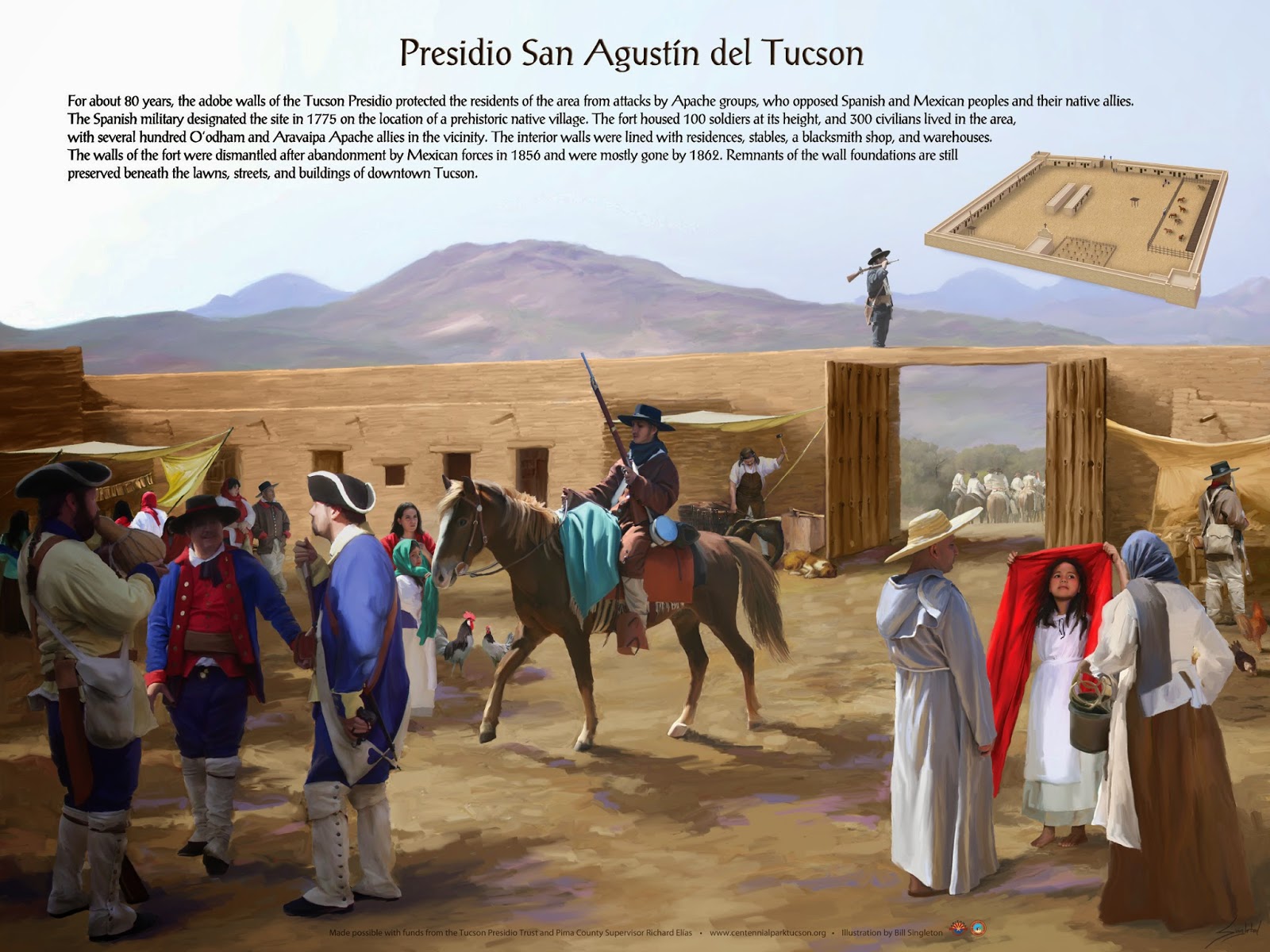 This is an illustration of some of the historic houses on Main Avenue north of downtown Tucson. My son Dan did the photos and a lot of the photoshop work on this one. 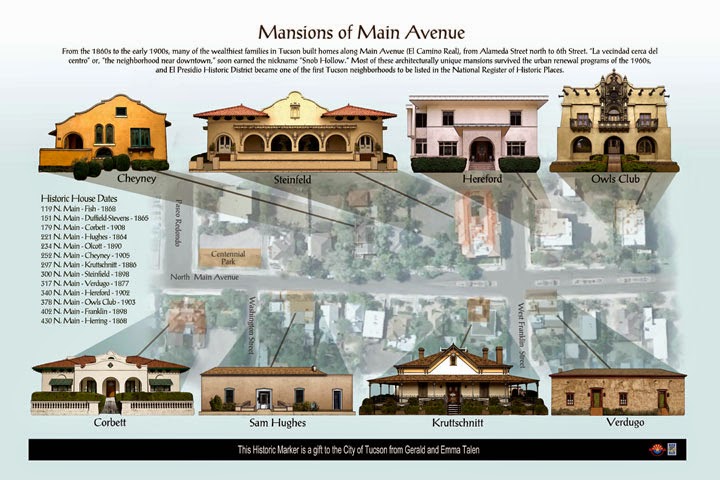 I did everything on these signs: concept, illustration, design and layout, and prep for printing.
Posted by Bill Singleton at 11:43 PM

Get two months of Skillshare for free here: